Greetings from the 62rd JSBBA President 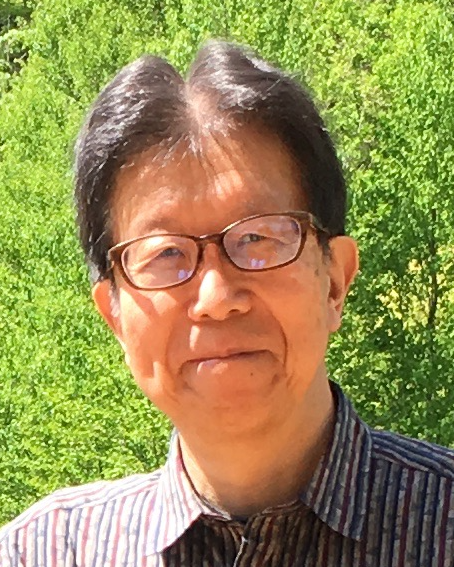 My name is Minoru Yoshida, and I was elected President of the JSBBA on May 30, 2019. I would like to take this opportunity to say a few words.

JSBBA aims to advance, disseminate, and provide education on basic and applied research in "Nougei-Kagaku (Agricultural Chemistry)," a unique research field developed in Japan, and, in doing so, contribute to the improvement of human welfare through the development of science, technology, and culture. Ever since the first president, Dr. Umetaro Suzuki, JSBBA has been in existence for 95 years, and it will reach its 100th anniversary 5 years from now. It became a public interest corporation 7 years ago, after which it merged with the Agricultural Chemical Research Foundation in December 2017. This has increased the capability of JSBBA to contribute to society as the largest society in the field of agricultural research. The successful development of JSBBA is because of the concerted efforts of the successive presidents of this institution and several other distinguished members of the society. I commend their efforts and would like to express my heartfelt gratitude toward all of them.

The first priority of my term as president is to reform the system to conform to the legal demands of a public interest corporation and to adapt JSBBA to the increased size of its operations resulting from its merger with the Agricultural Chemical Research Foundation. For example, the Cabinet Office has asked us to separate the functions of the project planning and implementing committees from those of the board of executive directors responsible for framing the society's policy and budgets. To this end, we have introduced an organizational matrix scheme that will, from this term onwards, segregate the roles of the executive directors and the committees. Executive directors will act as advisors to multiple committees, which will further enhance the transparency of our society's management. Thus, we will reform JSBBA's business operations and institute efficient administration, while ensuring that we do not interfere with the society’s essential activities. Meanwhile, dynamic changes in the academic and industrial environment enveloping our association are changing the society members’ expectations of and requests to JSBBA. The membership data show that the total number of members has decreased by approximately 2,000 over the past 10 years, 70% of whom were regular members who held a company affiliation. Therefore, it is essential to meet the needs and expectations of members in the industry and to reinforce our function as a bridge between basic research in academia and applied research in the bioindustry. Furthermore, the number of doctoral students is declining, whereas the number of foreign students is growing, presenting issues that necessitate new responses.

Incidentally, since its establishment, JSBBA has been consistently known for "Nougei-Kagaku." This name has been widely recognized as representing a scientific association undertaking basic and applied research associated with life, food, and environmental issues in agricultural science. However, with the loss in the number of degree programs under the name "Nougei-Kagaku" as a consequence of graduate school reforms over the past 25 years, distinguishing our research field, by the name alone, from other life science disciplines such as medicine, pharmacology, and bio-engineering has become difficult. Nevertheless, JSBBA has maintained the "Nougei-Kagaku" philosophy and identity. The original meaning of the Chinese character "Gei" in Nougei is to plant seedlings in the ground, which represents the creation of value through human use of natural resources. Moreover, "Kagaku (Chemistry)" not only means scientific chemistry but also affinity, interaction, and fusion. Simply put, modern "Agricultural Chemistry" is a name that represents an interdisciplinary field that is an amalgamation of new technology and different concepts so as to create new value. In fact, in recent years, several universities have revived the name "Nougei-Kagaku" for department and degree names. We should continue with groundbreaking research and nurture future developments and take pride in the name "Nougei-Kagaku" because it encompasses a long history of innovation.

Against the background of the Covid-19 pandemic, which originated in China at the end of 2019 and spread all over the world, including Japan, regrettably, we had no choice but cancel the 2020 annual meeting at the planned venue. In the meantime, owing to the tireless effort of the JSBBA members, research, development, and educational activities are being proactively continued in the field of agricultural chemistry. The society will urgently try to review its activities to conform to the “COVID-19” era, aiming to conduct high-level conferences and lectures as well as enhance services such as publishing, activity promotion, and prize-giving. I hope that you will continue your support and cooperation.